THE FOURTEENTH INSTALMENT OF THE BELLEBOSS SERIES

I hoped that with this series, I would find a way to appreciate the incredible South Asian women of our generation, who are breaking boundaries and paving new paths for themselves. Moreover, I would like you to take a little bit of your time to realize how incredible the women around you are.

Especially if you are a woman! I know that at least one woman’s story in my #BelleBoss series will inspire you to follow your dreams, your vision and most importantly your heart. Even if that means breaking a few rules and many societal prejudices along the way.

1) How would you introduce yourself to someone who has just met you (Name, age, where you are from, where you reside currently and occupation)

I am Kavindya, age 22. I was born in Kandy, but spent most of my childhood in Deraniyagala; which was my mother’s ancestral village and I schooled in Colombo, but I think I would probably call Deraniyagala my home. Currently, I am studying Anthropology at Oxford. My specialization is on the intersections of design and developmental anthropology. At Without Borders I serve as the Director Projects mainly focusing on the project design aspect.

2) You suffered a personal tragedy as a child. How did the loss of your father affect you as a person? 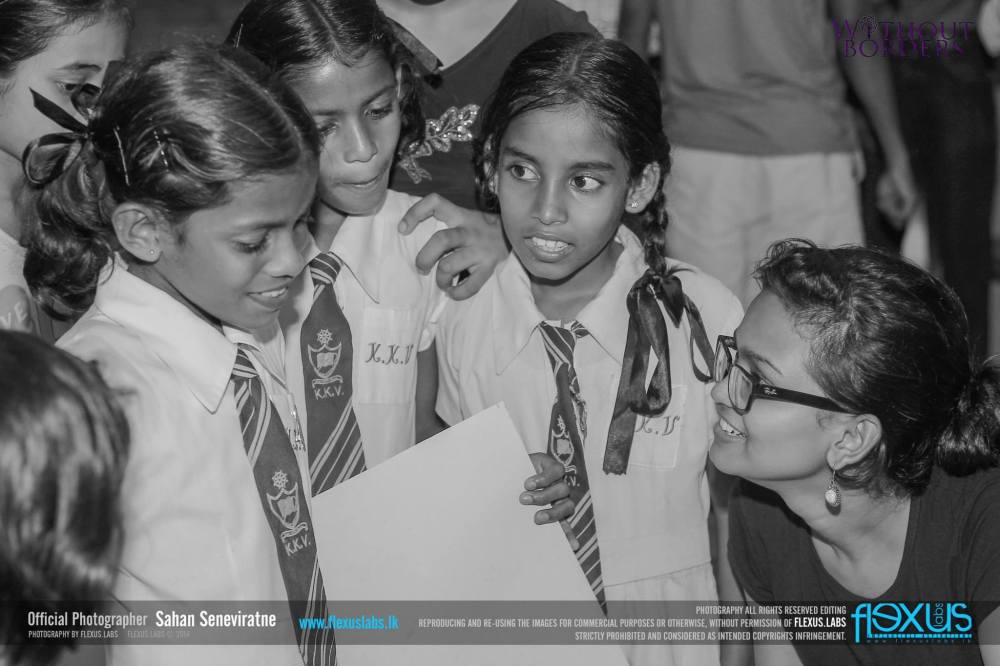 My father was killed on his way home from work. He was serving as the Chief Jailor of the Welikada prison at the time and was someone who worked to the rule and had his conscience at the core of everything he did and believed in. This undoubtedly made him many enemies. I still vividly remember being lifted up to his coffin and wondering why he was asleep, this is the only memory I have of my early childhood, which is strange since I was just 2. 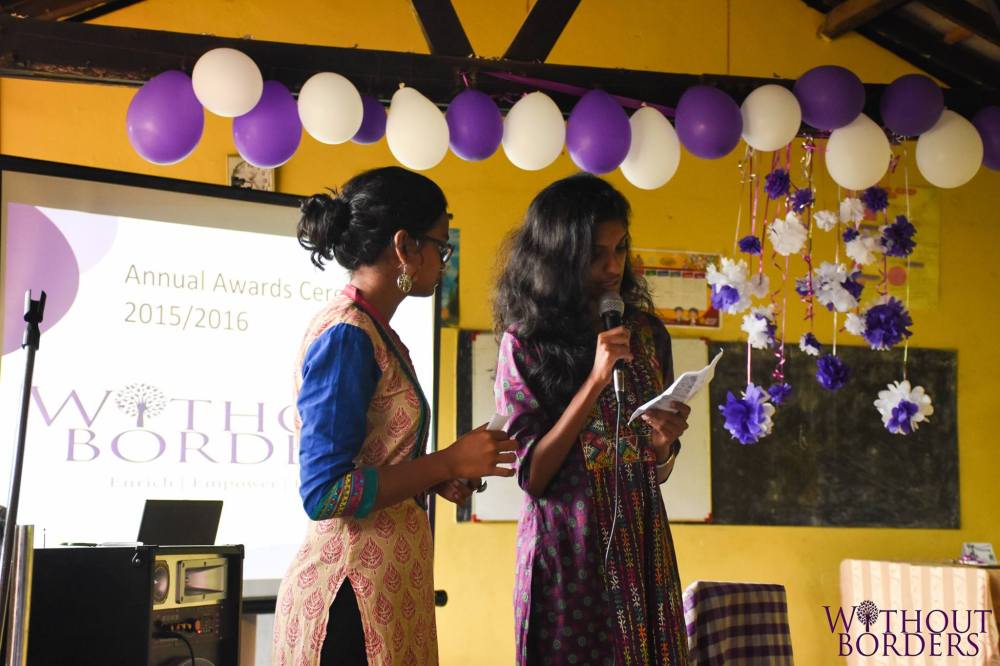 But, I think I’ve always connected with him through the stories I’ve heard of him and the people I’ve met whose lives he had changed in such profound ways. He was from a very ordinary family, but it amazes me the number of lives he had touched over his short lifetime.

3) Could you tell us about a meaningful experience during your school career which shaped you as a person?

That’s a tough one.

I think at school you’re constantly reshaping your identity and it’s this never-ending process.

I was lucky to get access to a scholarship in year 9 for my academic performance. Most of the time the school’s fees were just beyond our means and I’d often get that infamous red fees slip to class just to make sure that everyone in class knew that I was late on my payments. While I was mentored, groomed and nurtured by a loving and dedicated group of teachers.

I was also shown the stark realities of what it meant to be an unapologetically outspoken girl from an ordinary family with zero connections or cash to throw around.

Looking back at what I saw and experienced in school I now realize how schools, in general, continue to police the female body to such an extent that young girls are made to feel that the two inches of their uniform that should fall below the knees are way more important than their education.

4) When and what made you want to start Without Borders?
Sakie and I started Without Borders in April 2014 with absolutely no funding, a box of stationery supplies that we had collected from friends and family and about 10 volunteer teachers.

We had no intention of building an organization and even the name ‘Without Borders’ was a spur of the moment thing since we just wanted some name in order to attract more teachers.

Our core aim when we started was to develop an after-school education program focused on English for our community in Deraniyagala. I had a couple of conversations with the chief incumbent of the temple earlier that year and asked how best I can help the village since this was where I had grown up in and wanted to give back in some way and this happened to be his first suggestion.

I think it’s always easier when you start something with the intention of solving a problem, it makes the journey more authentic, sustainable and fulfilling.

5) What have you learnt since starting Without Borders?

I had just turned 19 when we started and ever since Without Borders has literally been my most effective learning platform. 3 things:

1. Keep your vision and community at the extreme core of everything you do. Something one of my mentors always used to tell me was that Without Borders needs to be bigger and better than me because the cause is always larger than self.
2. Work hard – put in the time, passion, commitment and be wildly excited by every project you take up.
3. Sometimes you can’t have it all, and that’s okay but you also need to drink that mug of tea, meditate, cry, workout, binge eat or do whatever that it takes to get back up stronger than yesterday. 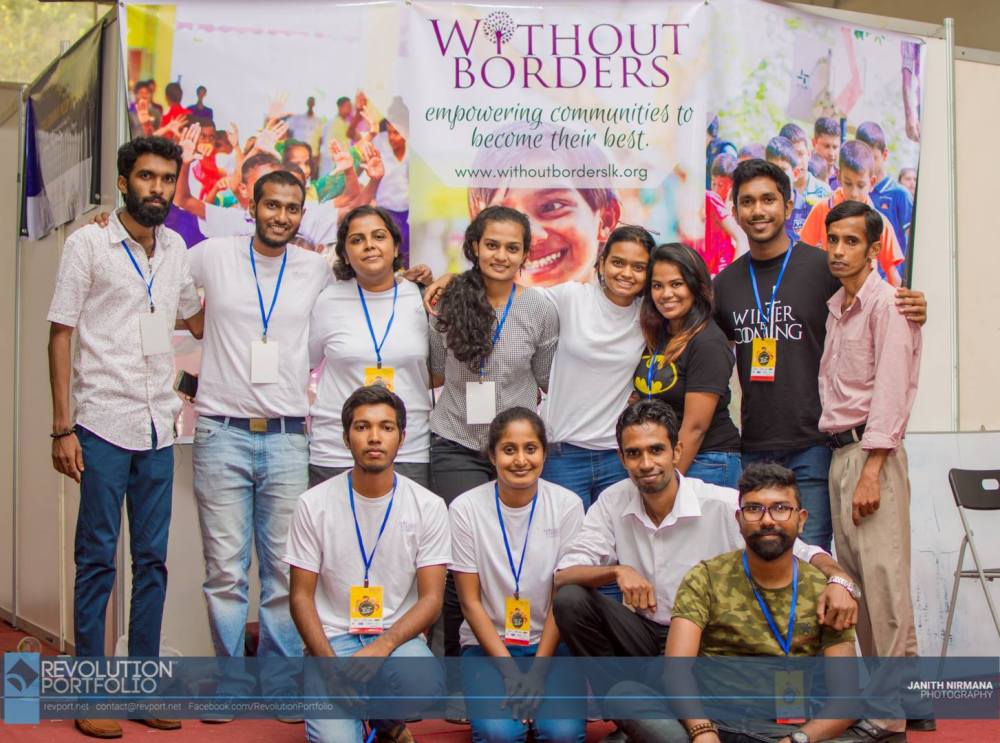 6) Why did you want to study Anthropology at Wellesley College?

So, I went to Wellesley quite by accident. I knew I couldn’t have afforded college if not for a 100% scholarship and my high school wasn’t the best in terms giving me the support I needed.

I happened to work for a Wellesley alumna, Antonia De Meo who was the Deputy Representative at UNICEF at the time and she made it all happen. Back to Anthropology, I had no freaking clue what anthro was and coming in I was an Economics major. In my sophomore year, I was selected for an early advantage program at JP Morgan and was flown into Chicago, checked in to the Hyatt amongst other ridiculously fancy things.

Those were the worse two days of my life, I absolutely hated it.

I came back, dropped the Econ major and shifted to Anthropology and Cinema and Media Studies.

It was hands down THE best decision of my life

. Now my focus is on developmental anthropology and its intersections with film and design. 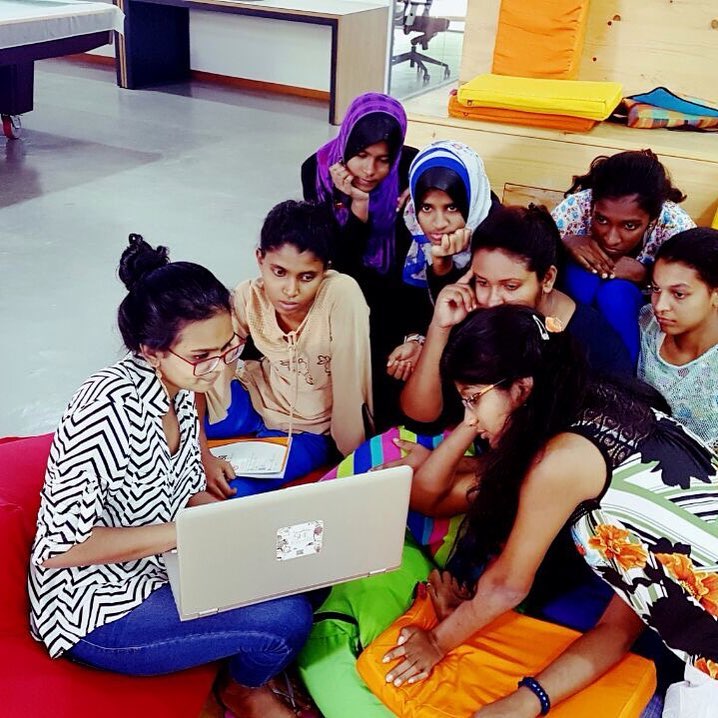 7) How was the transition from Sri Lanka to America? What has been the best and worst part of living in America?

The transition was pretty hard. I am super close to my mother and leaving her was very painful and the best part would be the unlimited access to resources and opportunities.

8) You have travelled many places due to your activism work. What was your favourite place and why?

I think Jordan tops my list. I was there last summer with my kick-ass travel buddy, Aisha and it was a stunning laid-back country, with great food, panoramic views and an amazing art scene.

A lot of the travel I do now is either for research or training work or actual holidaying, Jordan was the latter.

9) Who is your inspiration and why?
My mother. I’ve never met anyone quite like her. She has braved the unimaginable; she lost her first-born, her father, mother and husband within a span of 8 years. She was a 2nd year undergraduate at the University of Moratuwa, studying Architecture when the universities shut down due to rioting.

She never went back. partly because it’s an endless battle been a single mother in a society like ours.

Despite all this, she is the most hardworking, creative, entrepreneurial, intelligent and resilient person I’ve ever met in my life.

Life gave her the worse, but she has touched and shaped the lives of so many others and sometimes I wonder how she even made it through.

10) What are your future dreams for yourself and for your country?

For myself – hopefully, to graduate without failing college.

Country – I am fiercely passionate about education.

I believe with all my heart that if we transform the education sector in making it more relevant and student-oriented with a focus on approaches such as self-organized learning, critical thinking, mindfulness and leading change along with the inclusion of well-designed courses on Spoken English and Sex.Ed, we’ll be able to create waves of positive change across Sri Lanka.

My intention has always been to return to Sri Lanka and hopefully, either the Ministry of Education or a provincial education office will hire me.

11) What has been the greatest advice that you have been given?

In a practical sense:
Meditate! It has absolutely changed my life.

5 minutes as soon as you wake up to positively visualize your most ideal and perfect day and 5 minutes right before you sleep to reflect and feel good about all that you’ve done. We’re all on such a rat race and we barely have time to reflect on what we do, think or make time to just be with ourselves.

12) What has been your greatest/ proudest moment? 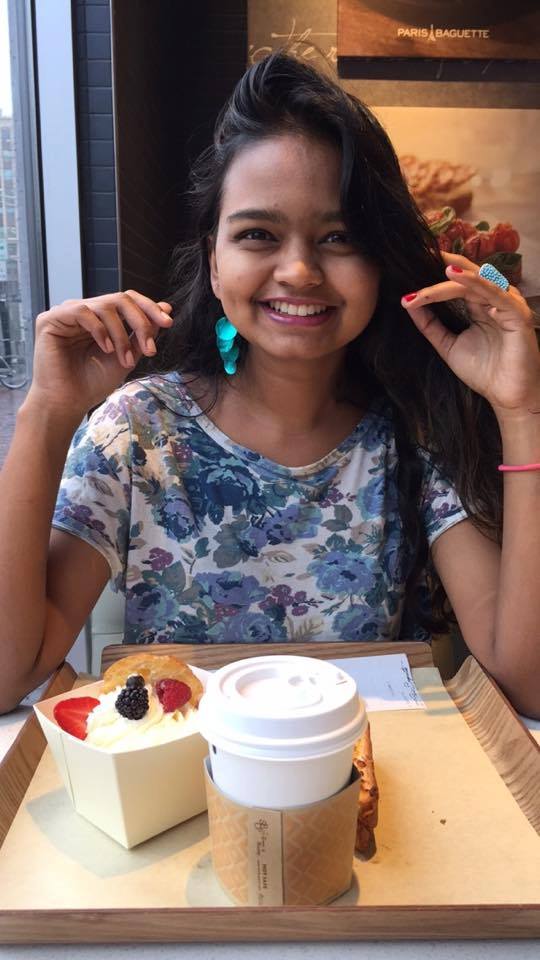 I think looking back over the past few years and thinking of what has been the most meaningful and memorable moment; what stands out was when two of my senior students from our Idea Lab in Deraniyagala were selected for the Ashoka Young Venturers program.

Sitting there watching them pitch their project so confidently and passionately really summed up everything I’ve worked for and believed in.

Tarushi and Chalani, came to us as two soft-spoken 12-year-olds back in 2014 and to see them grow over the past years into becoming the best versions of themselves was truly special.I think it was the first time in my life that I realIzed that crying out of joy was actually a thing!

That is all for this interview! Thank you for reading. For more Bellebosses interviews check the links below.