THE  THIRTY-SIXTH INSTALMENT OF THE BELLEBOSS SERIES

P.S Don’t forget to click that subscribe button at the end of the page so you can keep up with all the latest Belleboss Interviews!

I hoped that with this series, I would find a way to appreciate the incredible South Asian women of our generation, who are breaking boundaries and paving new paths for themselves.Moreover, I would like you to take a little bit of your time to realize how incredible the women around you are.

Especially if you are a woman! I know that at least one woman’s story in my #BelleBoss series will inspire you to follow your dreams, your vision and most importantly your heart. Even if that means breaking a few rules and many societal prejudices along the way.

Could you give us an introduction to yourself? 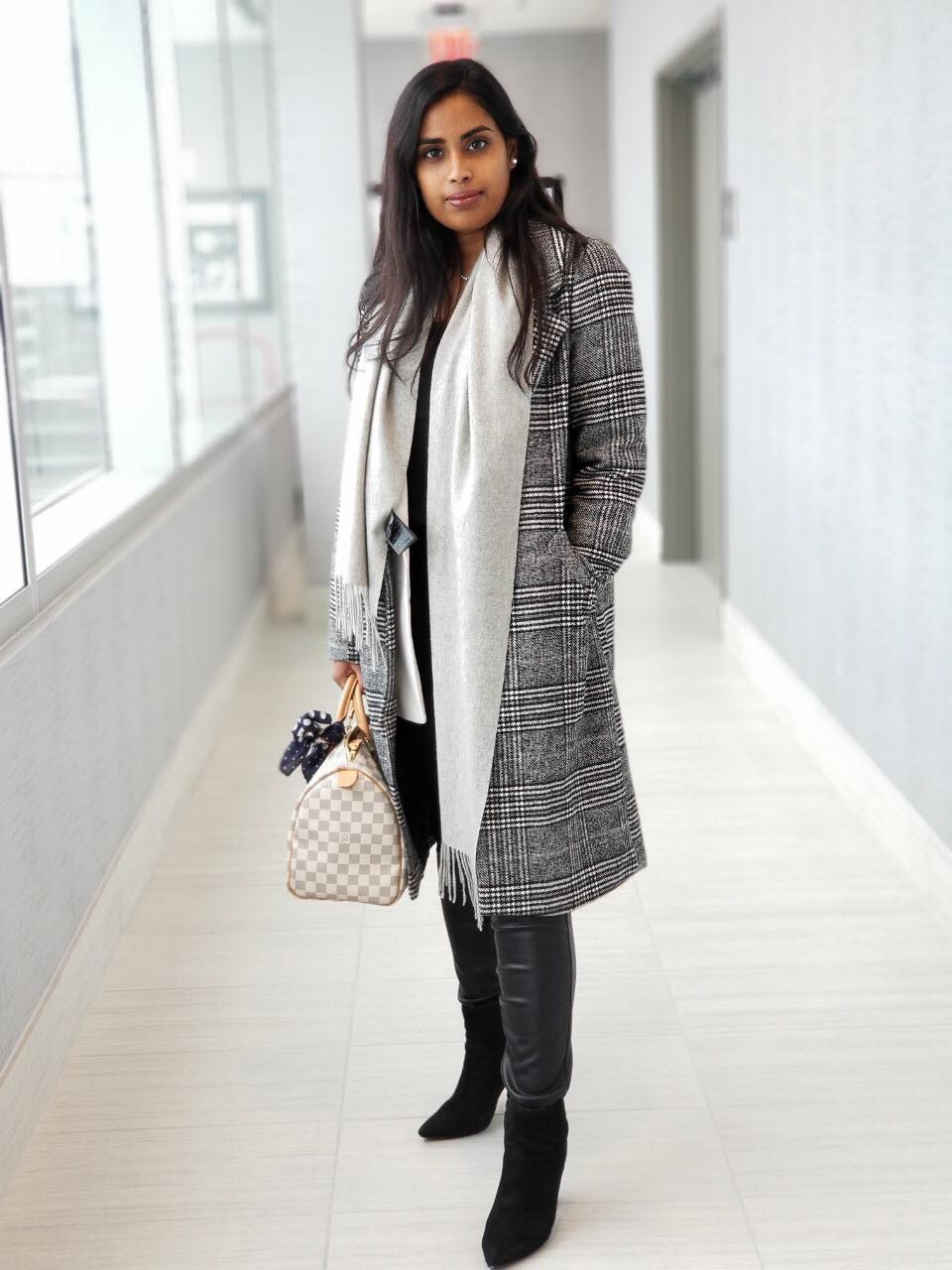 Hi, My name is Samadhi Herath and I am 23 years old (born 4th of July 1995). I just graduated from university with a bachelor´s degree in management and concentration in Global Business. I also did a sales specialization certification during my undergraduate years. During my undergraduate years, I  pursued flight training which has been my dream since I was a little girl (since I was 6 years old) and I still have bit left of that training. I also do an outfit of the day pictures on my Instagram (@samadhi.herath ) and I do film Youtube videos on www.youtube.com/samadhi1995

As mentioned earlier, I am currently a flight training student and working on getting my Commercial Pilot License and Multi-Engine rating, before I move back to Iceland (my home country). Once I move back I will have to convert from FAA to EASA license. I just got a job at a local airport as a customer service representative, so I am really excited about that! 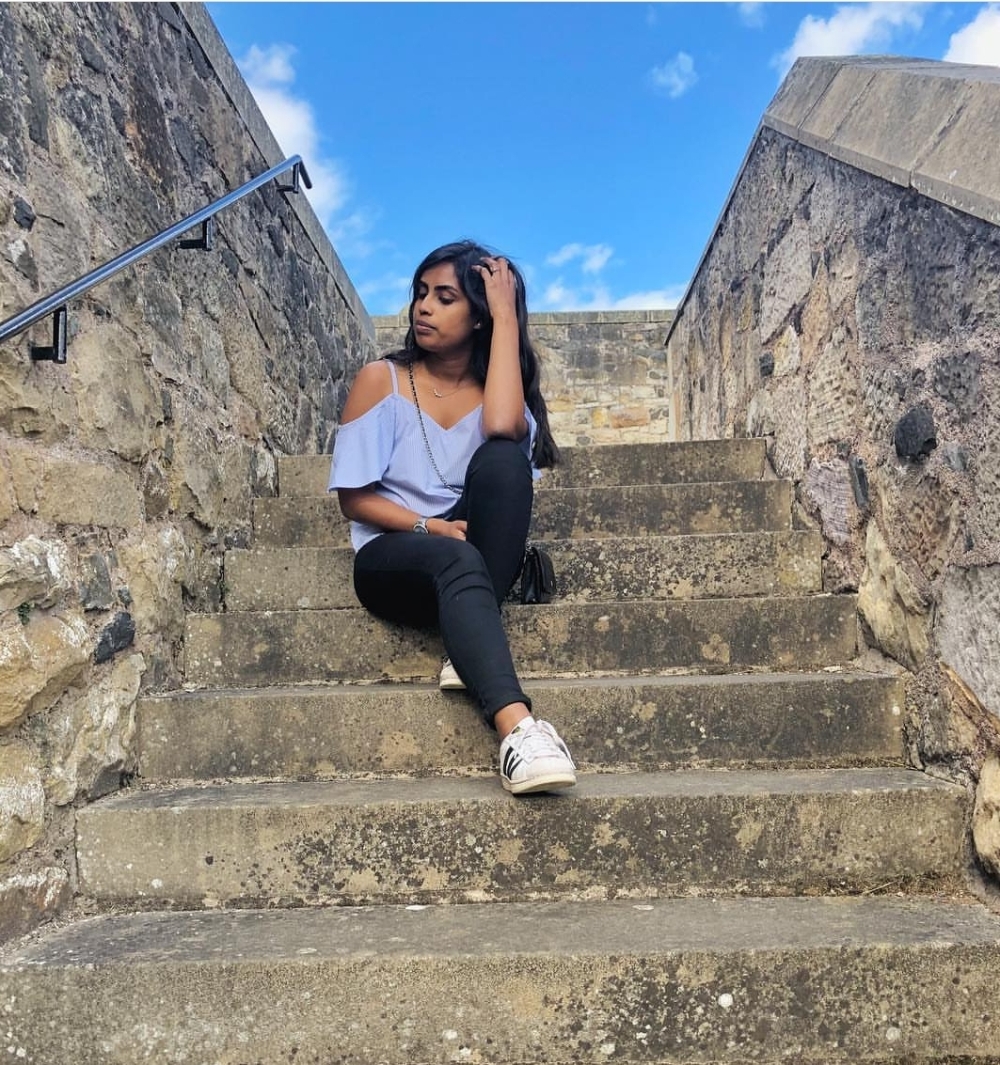 I was born in Sri Lanka and moved to Iceland when I was 6 years old. I grew up in Iceland up until I was 19 years old. By that time I had completed my secondary school, which I chose to do the International Baccalaureate Diploma (IB-Diploma). Once I finished that, I applied for higher education (university) in the United States, as that was my childhood dream.

My childhood dream was to become an airline pilot but I always wanted to study and live in the U.S. 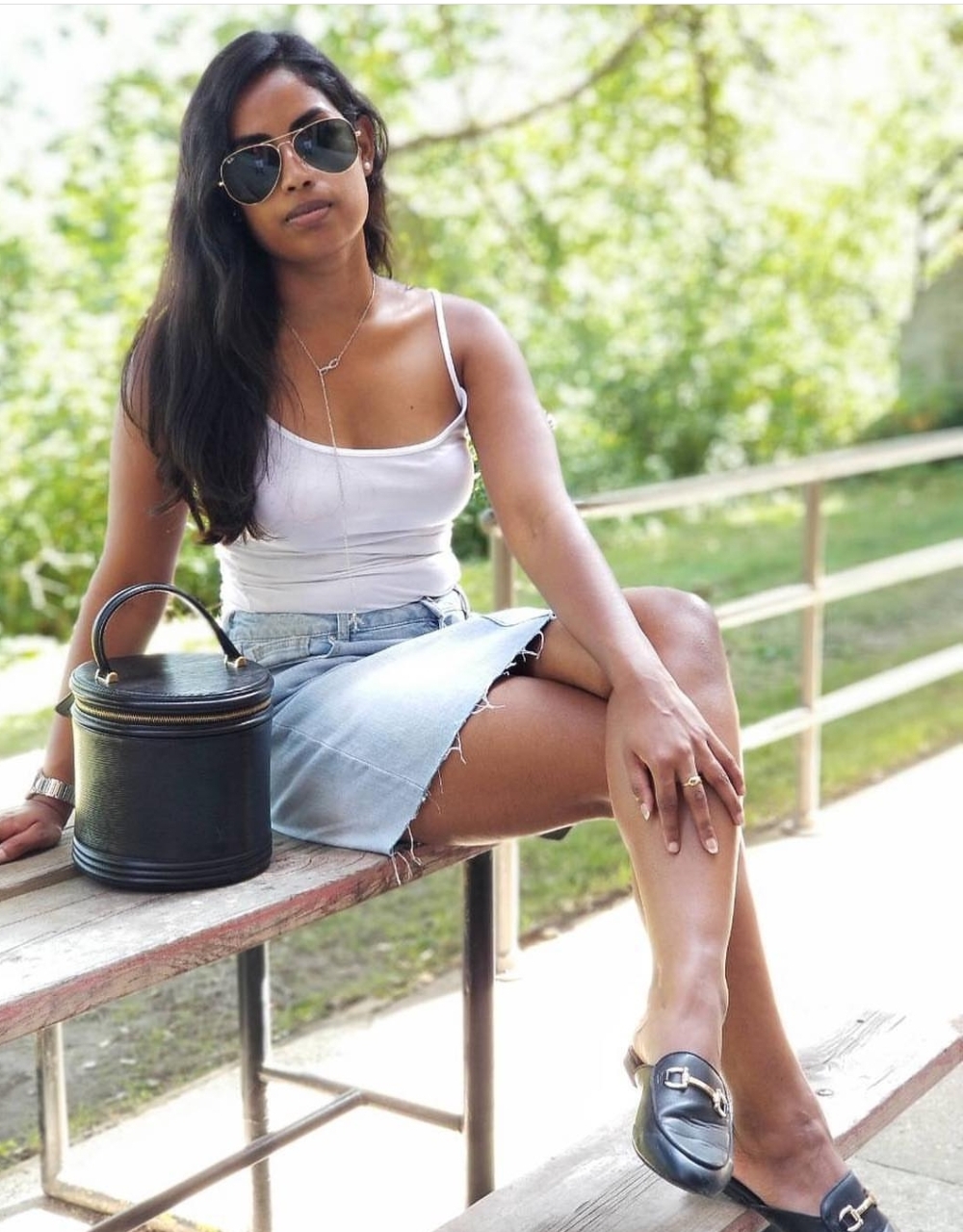 Growing up my childhood was really good, as in I had amazing teachers and parents who supported me but I was bullied as a child because I was one of the few kids that looked different in Iceland. I was darker than most of the fellow students and my family is one of the first generations of the Sri Lankans that moved abroad to Iceland, so I was bullied for looking different than rest of the kids. I also, of course, had challenges speaking the language which was Icelandic, as a child. However, as the years went along, I was one of the best students in the class and graduated from primary school with one of the highest grades in my class. I then decided to do my secondary schooling and went to one of the best secondary schools in Iceland.

Who inspires you as a person? 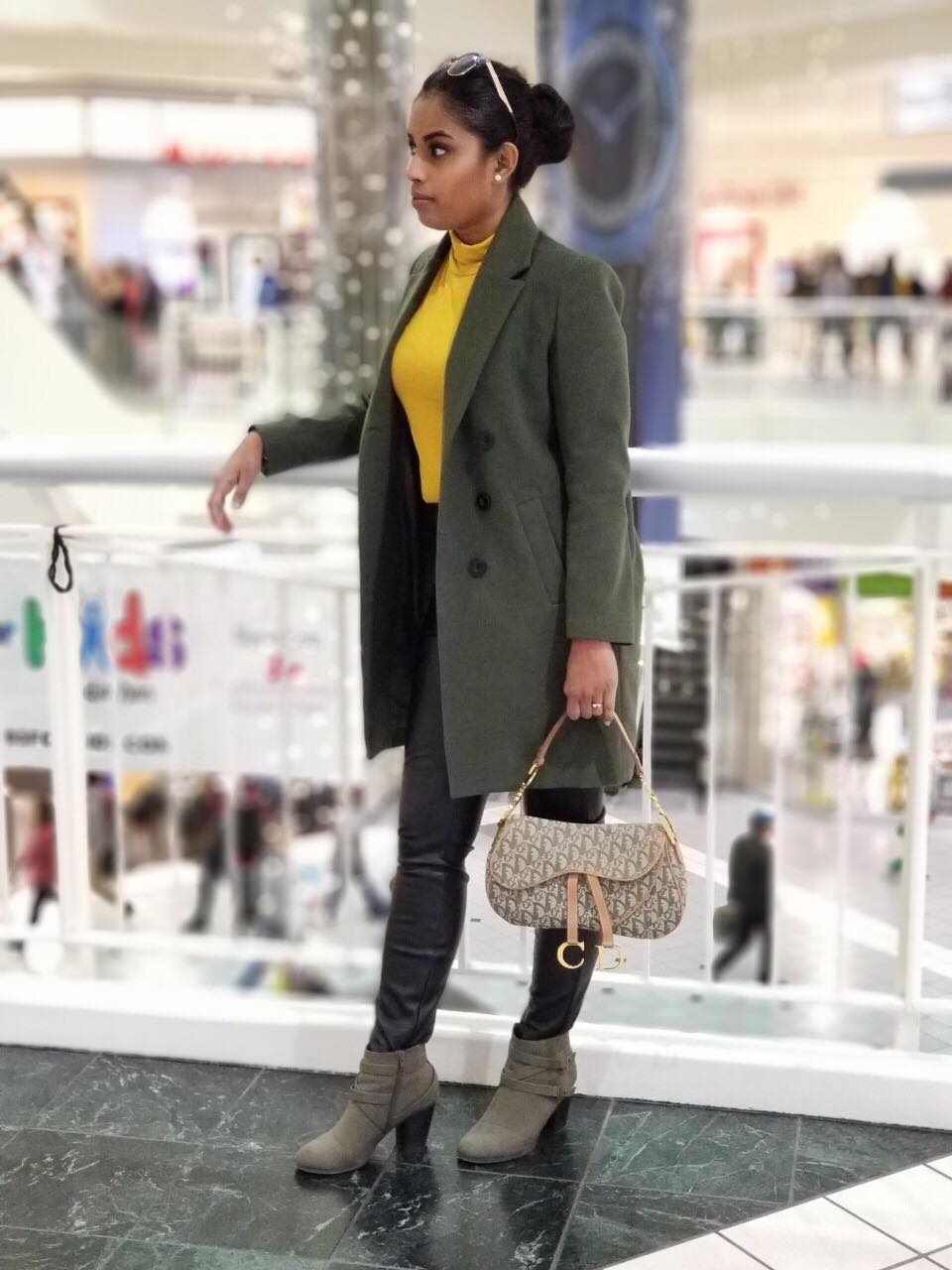 I never had one person that inspired me because growing up, I had no one to look up to.

All I wanted to do was to make my parents proud and I just focused on my education, because I had a dream and I had a goal.

Since I was bullied in school, I kind of kept to myself for the most part until I changed primary schools. Then I started to look at youtube channels, and I really got inspired by the whole blogging world and the youtube world. More than reading blogs, I was always into watching Youtube Channel. 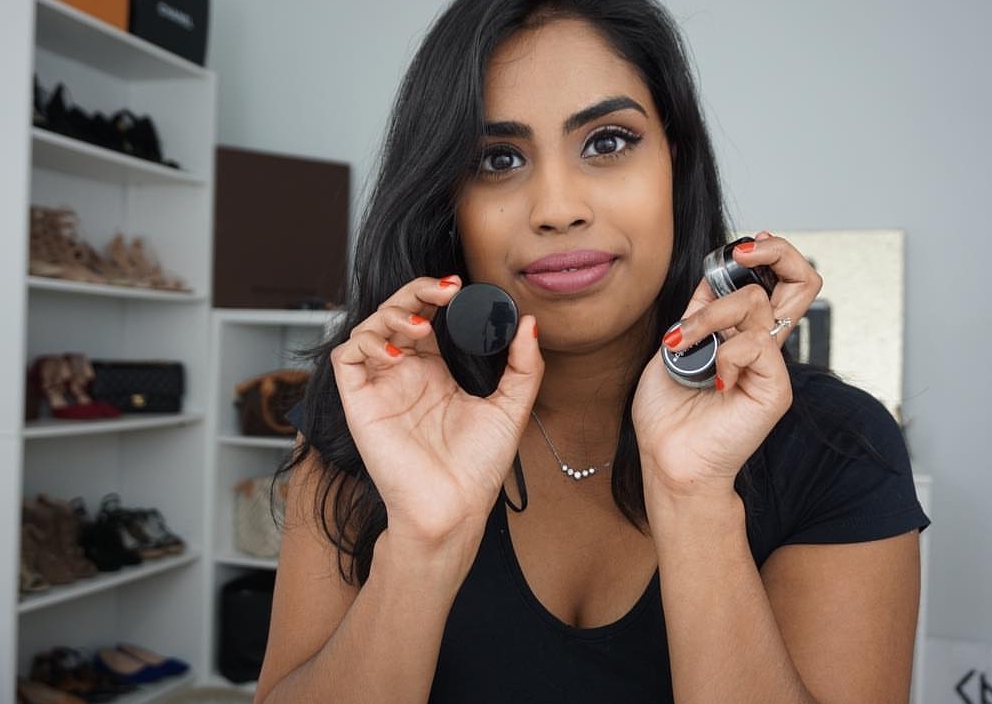 I think Michelle Phan has inspired me in some ways, as I loved how she did makeup and also Marlena from Makeup Geek. Both of these channels I started watching from very early on in life. My parents have always inspired me because of the hard work and dedication they have shown me but other than that, I never had a person to look up to, as I was the oldest grandchild from both sides of my family (mom and dad’s)

What inspired you to start youtube videos? How did you learn to edit and to shoot videos? 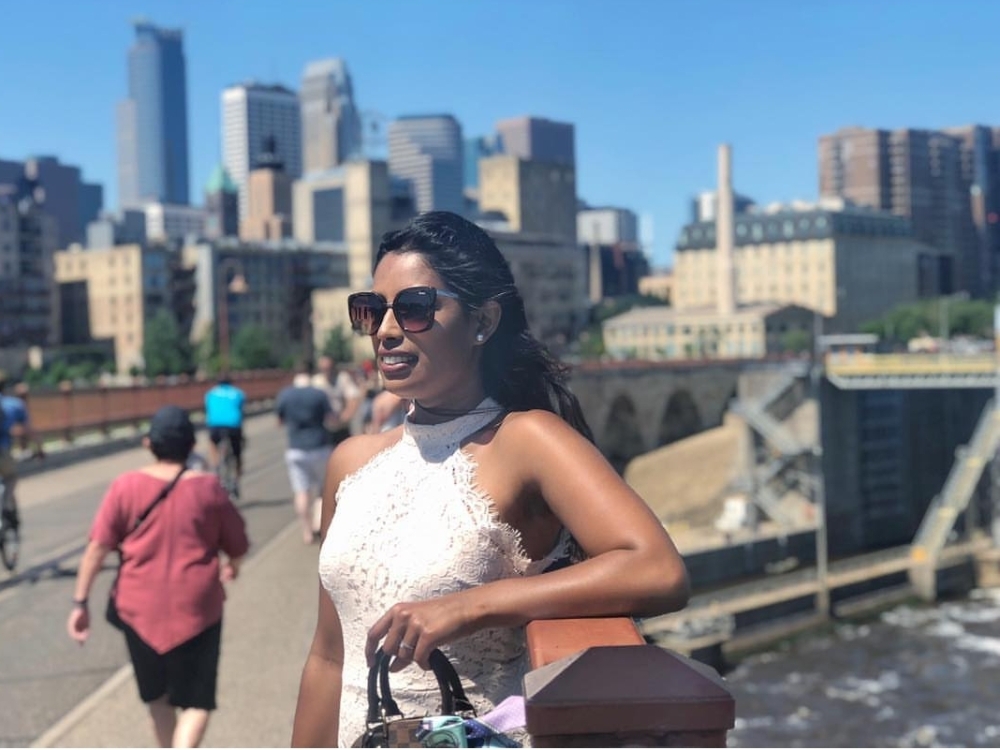 I first started to create my own Youtube videos because I have always wanted to teach people and show people what I have learned in life from Youtube. I never had a formal makeup education, I’m very much self-taught. I don’t know if I would ever call myself a makeup artist but that is how I started. I filmed my first video in 2013, but I wanted to film videos way before that.

I was just so shy and I was scared that the people in my class would find out.

However, in 2013, I started mainly as a part of the creativity part of the IB-Diploma and I really loved editing videos. 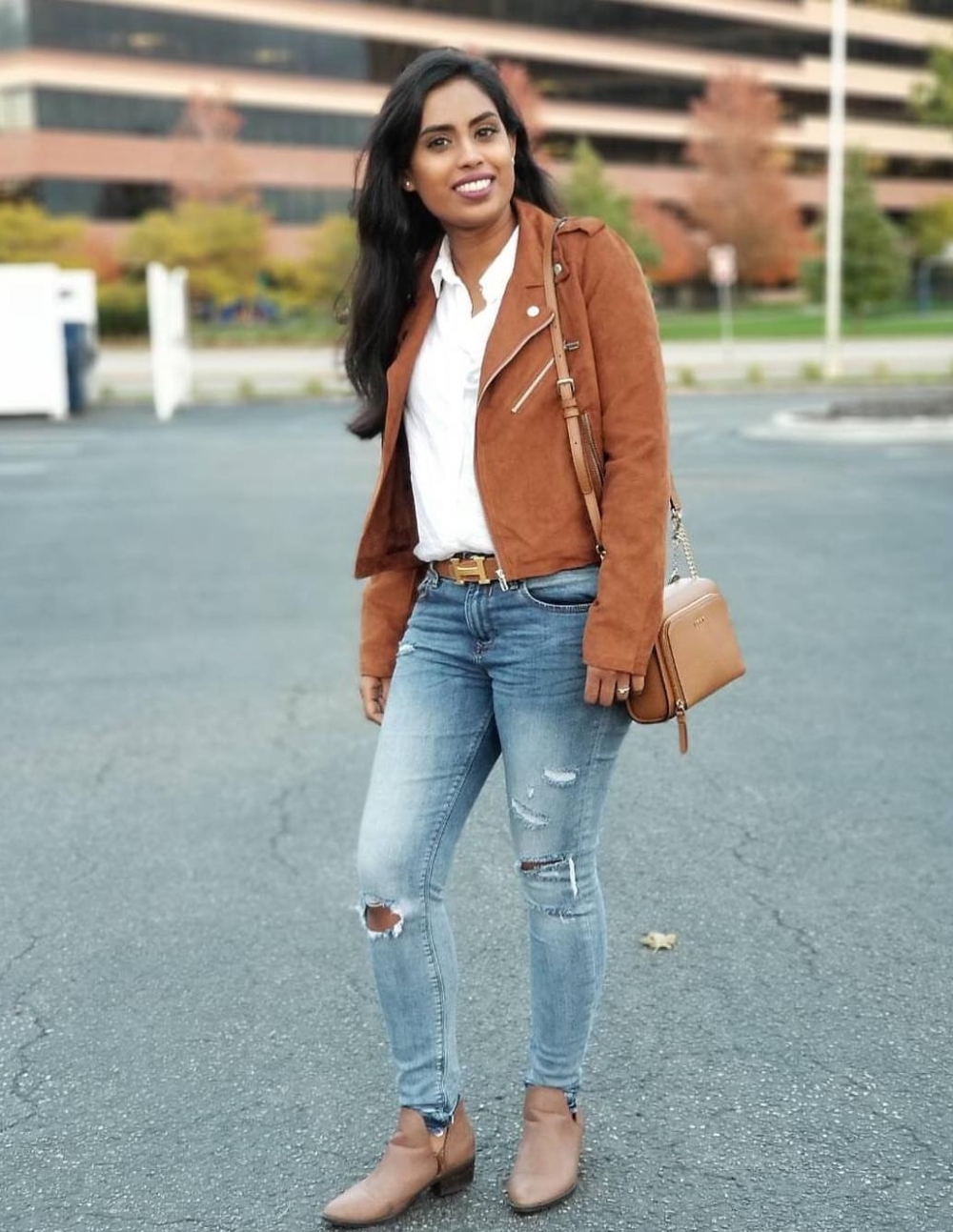 I started to enjoy it more and more, although I did not film videos regularly, I was mostly doing it on and off because it was a hobby and still is a hobby. Now I take my Youtube channel a bit more serious as it has helped me get interviews for jobs and put me forward when it comes to looking for jobs in the marketing/business world. I learned to edit videos on iMovie by looking at videos on Youtube and googling and reading more about how to improve my videos. 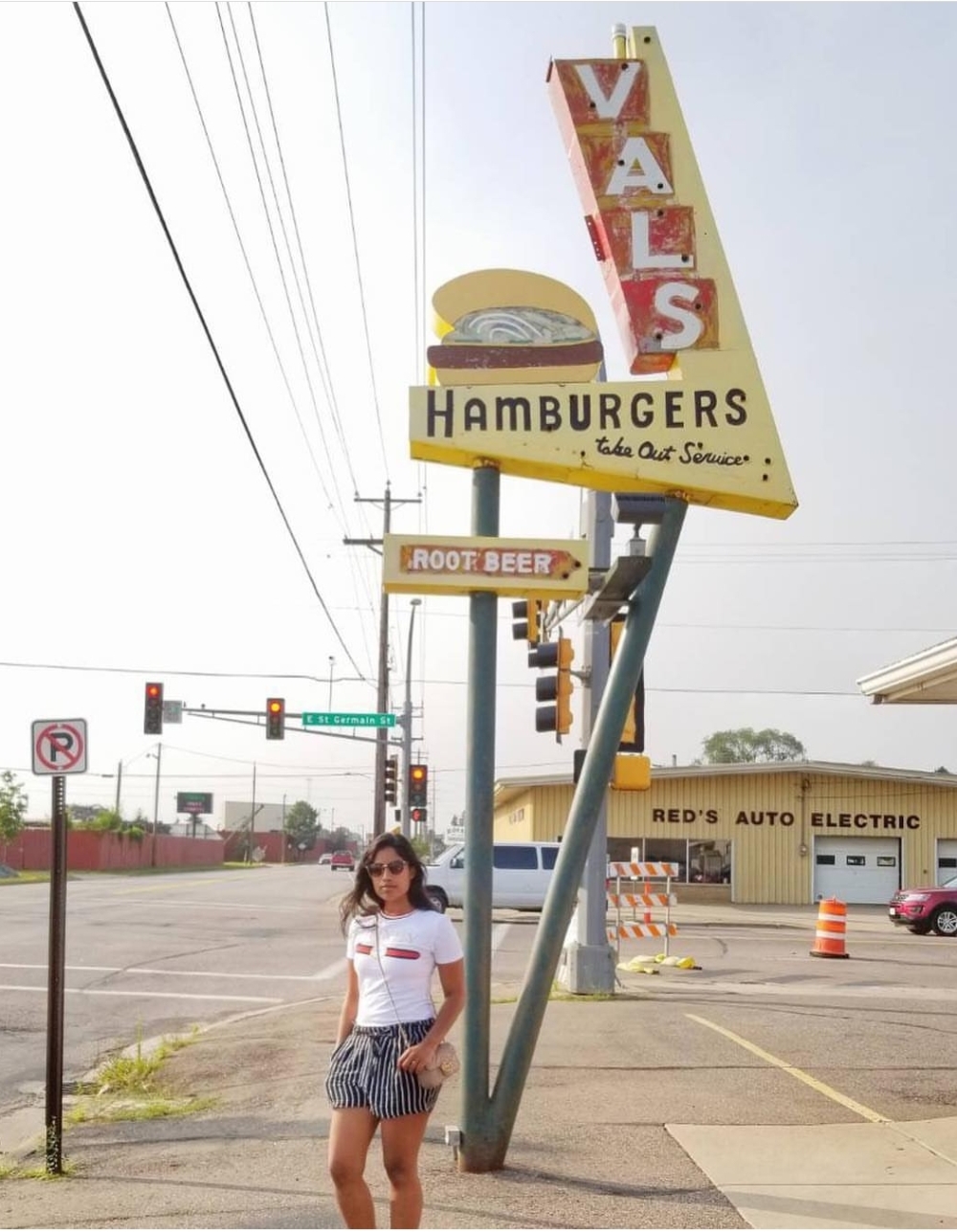 I have done a lot of research in that area. I would not consider myself a pro or anything like that but I did end up doing an internship for a TV station at my former university (the University of North Dakota, which was the university I attended before St. Cloud State University). I did that internship during my freshman year of college, second semester and I learned to edit on Adobe Premiere, I learned so many skills there.

Other than that internship, everything I have learned is online. I have never taken any courses or classes for photography or editing. It has all been a fun learning process for me as I enjoy editing videos. It feels very therapeutic. 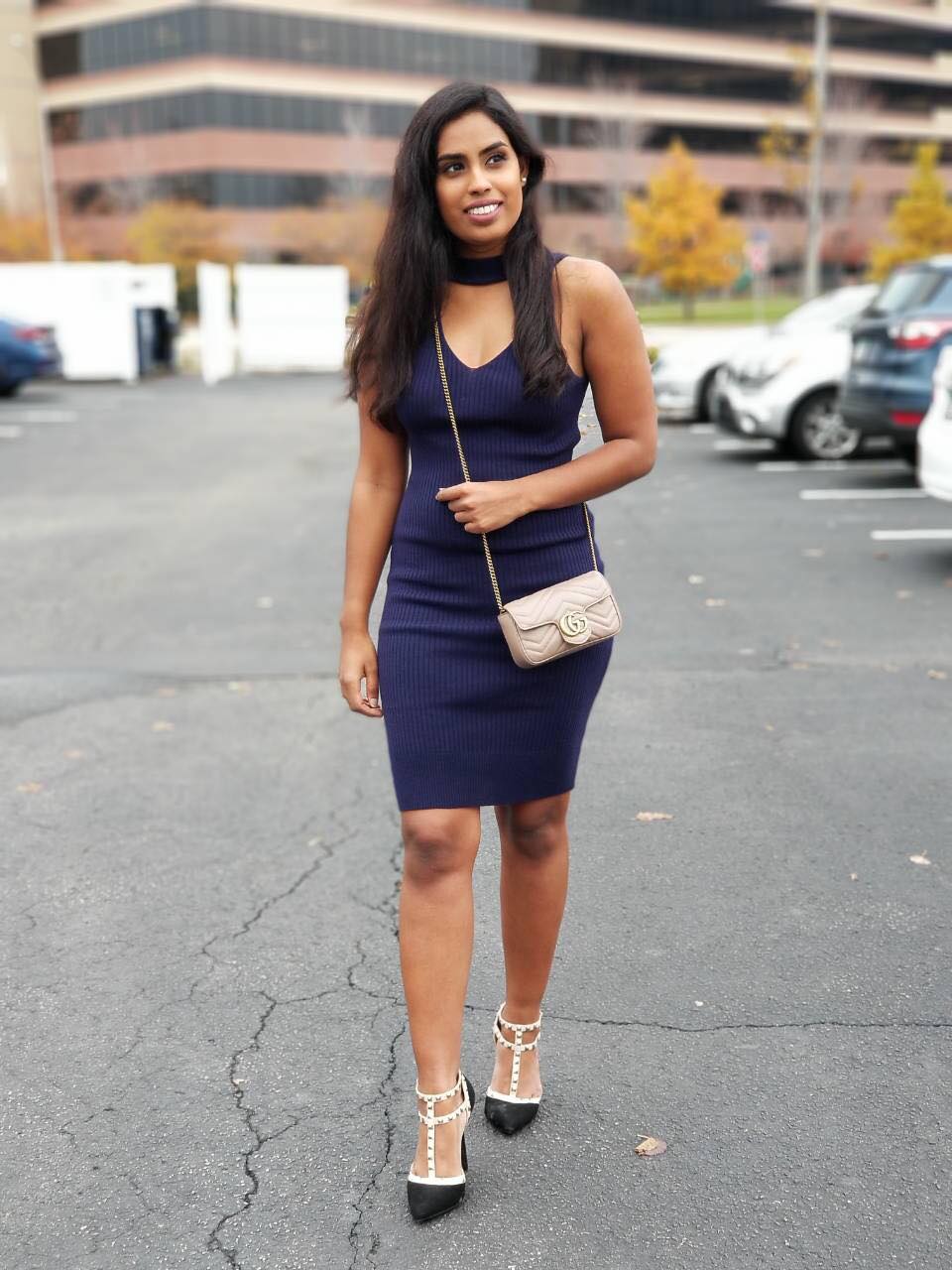 How would you describe your sense of style?

I think my sense of style would be best described as classy but yet with a modern twist to it! I do love to buy really cheap or inexpensive clothing items from stores, such as H&M, Zara and Forever21 and then mix that with designer accessories or fine jewellery. I really do love talking about top designer brands such as Chanel, Louis Vuitton, Hermes and etc. I collect designer handbags and I truly enjoy them. I have recently been really into vintage designer handbags and discovering fairly new or unheard of brand such as DeMellier London, Cuyana and etc.

What are some of your favourite fashion brands?

Some of my favourite luxury designers are Chanel, Louis Vuitton, and Hermes but some of the affordable fashion designers are Furla, Kate Spade and DKNY.

What is the best advice you have received either professionally or personally? 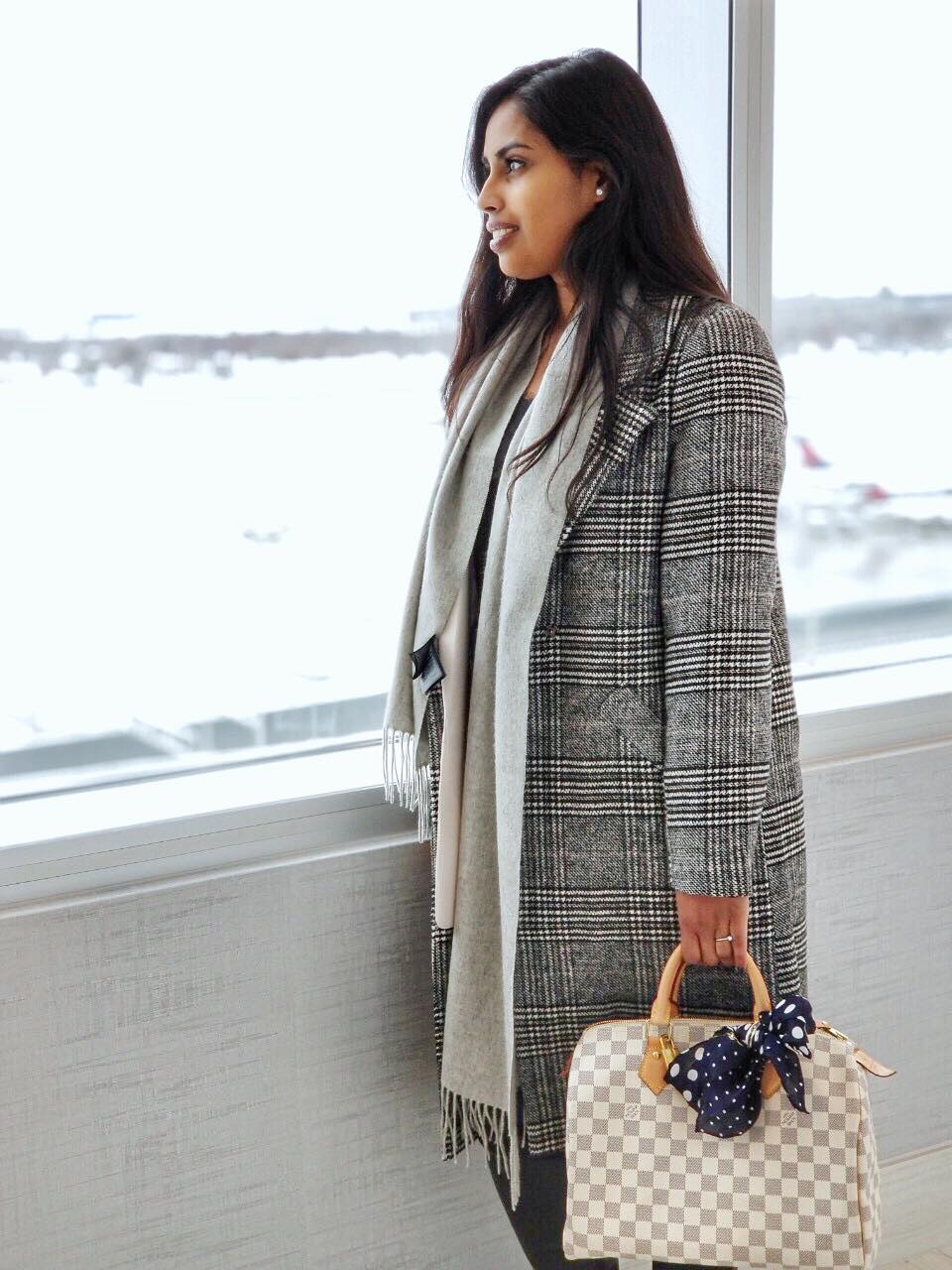 The best advise I have received professionally is: “if you put your mind towards a goal, you can truly achieve it”, I use this as a motivation to finish my flight school. I have received this advice from my parents, fiancé and some of the most amazing professors I have had.

The best personal advice I have received is to: “always treat everyone with love and kindness, even if people are not as loving or kind to you”.

I come from a humble hard working family and I find this piece of advice particularly helpful when I get annoyed with my family or friends.

What are your tips to afford luxury items?

My biggest tip is to definitely save up for the luxury goods. I don´t come from a rich family but I have never had to worry about food on the table. My parents are considered to be a working class, my dad is a bus driver in Iceland and my mom is a certified nursing assistant.

So, they do not buy me anything when it comes to luxury and I don’t think they even know the prices of my handbags, because if they did, they would probably scold me! 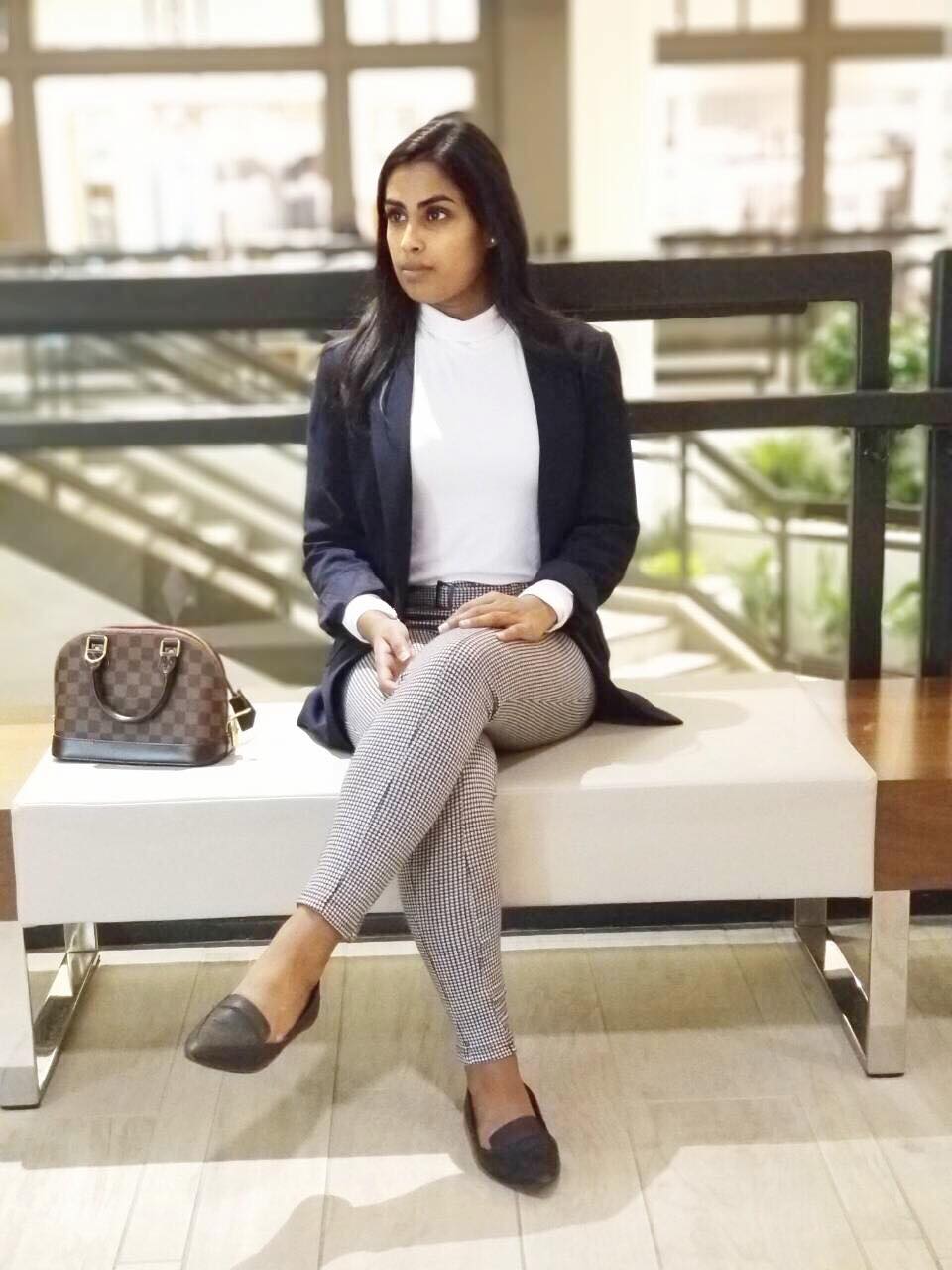 Anyways, I have always had jobs since I was 17 years old and I have worked since then, so I always pay off the bills and such first and then I budget every month for groceries and miscellaneous expenses. Then whatever is leftover, goes to my savings and from those savings, I buy whatever I want. I wanted to purchase a Chanel bag and let us say it cost $2500 USD, then I will collect towards that specific bag as I have a goal and I know how much it is. I do have separate savings account for luxury goods because I enjoy it so much.

My second best and biggest tip is to buy pre-owned luxury handbags as they are much cheaper.

I also enjoy vintage luxury handbags as they are coming back into fashion recently e.g. Gucci Ophidia bag, I bought for around $350 because it is vintage but if I bought it in store brand new, it is over $1500 as far as I know.

Where have you travelled to and where do you hope to travel?

I have been travelling a lot since I was little, as my parents spend a lot of money travelling, every year. 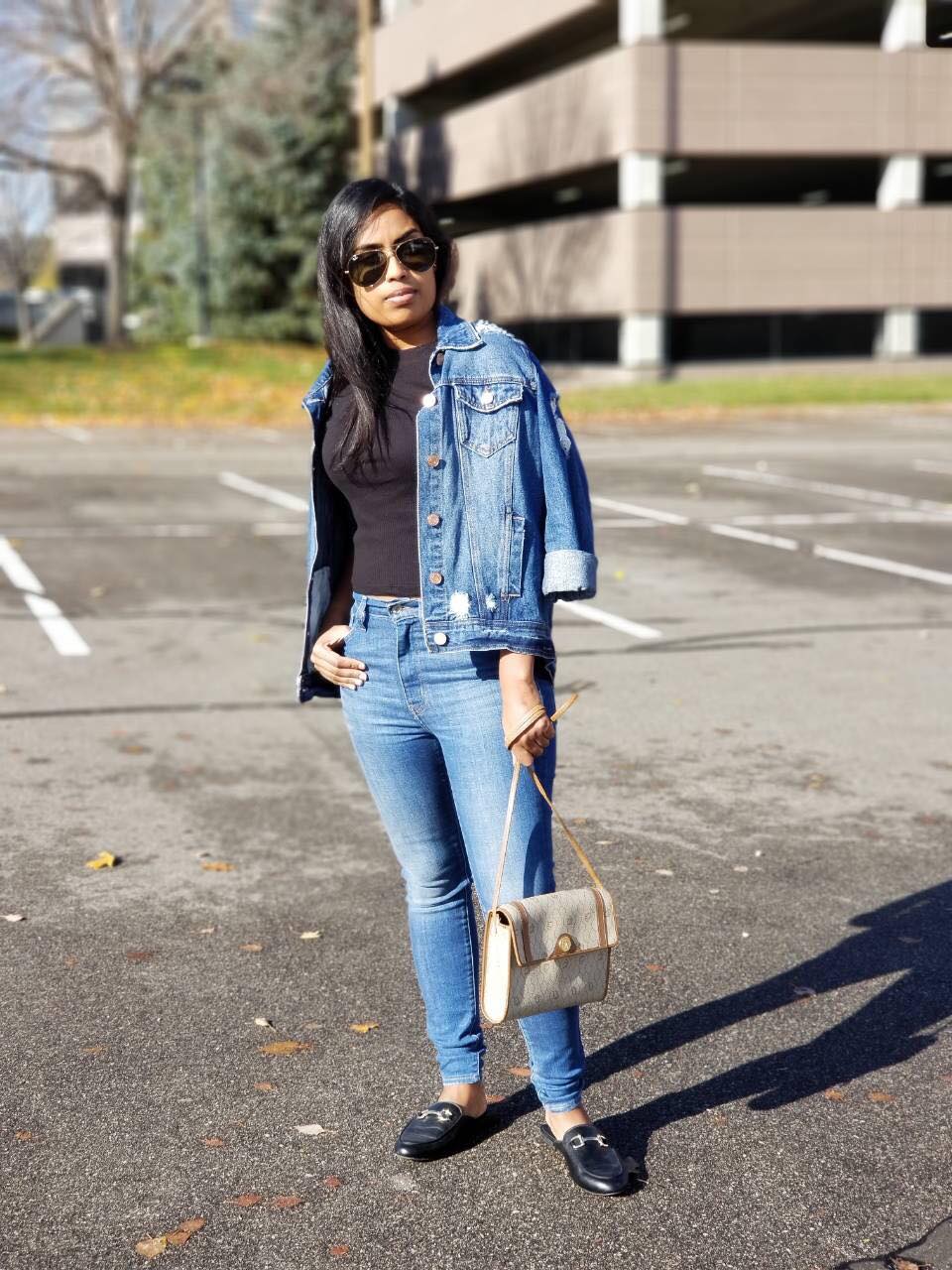 When I was younger, I travelled less because my parents focus in life was a little different but in the recent years, we have been travelling somewhere at least once a year but sometimes twice a year as well. I have not joined them in all these trips as I am busy with my life but my sister travels with my parents all the time (she is 13).

That’s all I can think of right now but I know I have travelled more than that. I have mostly travelled within North American and Europe. I have not explored much of Asia and Africa, so those are some countries I am hoping to explore, in the near future.

What are your dreams and hopes for the future?

I biggest dream is to finish flight school and go back to Iceland and convert my license to the European pilot license and work for Icelandair, being a first officer. This has been my dream for so many years. I also hope to expand my Youtube Channel and hopefully gain more subscribers. 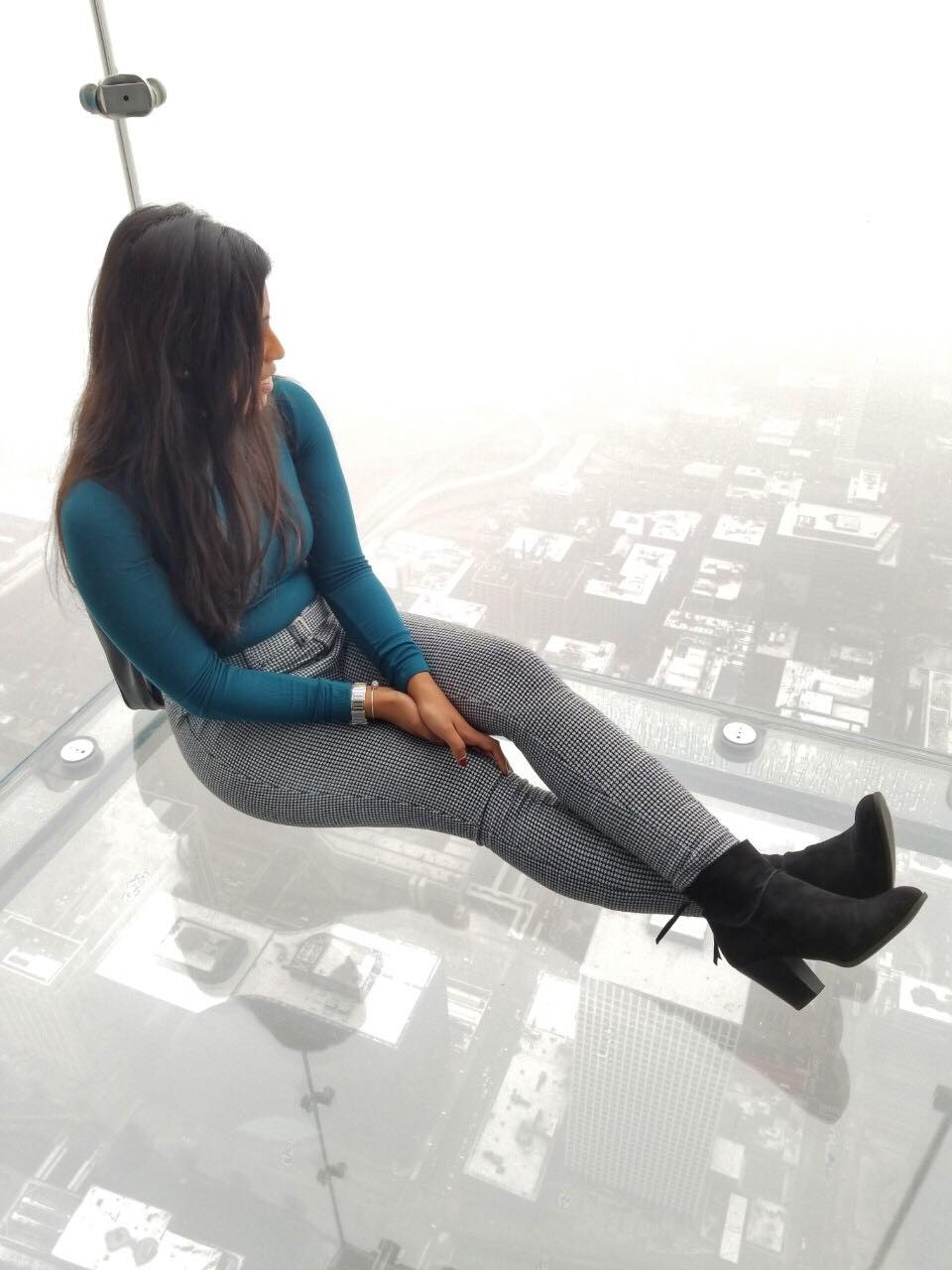 . I love talking about handbags but I don´t know what the future holds because I started off talking about makeup and then fashion and moved towards luxury. I still talk a lot about fashion and luxury but I don’t do that many makeup videos anymore.

So we will see what the future holds!

I would like to pursue my master’s degree in the U.K. but I don´t think I would be that anytime soon (maybe in another 4-5 years or so). 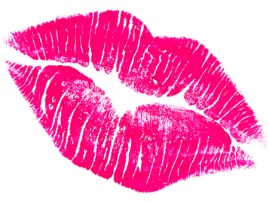